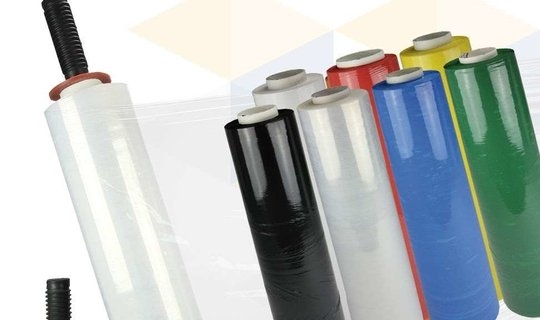 What is Stretch wrap film and what is it used for?

In a market saturated with suppliers of Stretch film it is becoming increasingly more difficult to check whether the best choice has at all been made with respect to a purchase. Every film supplier claims to have the best or cheapest film on the market, but it is exactly the unique specifications of each type of film that influence their suitability for your machine. There are cheaper film types that are made of 100% Butene granules. More expensive films or better quality films are made of a mix of Butene and Octene, which enrich the film. Also, many producers claim to have a 3-layer film and in the US a 32-layer film is being developed. This demonstrates that developments are by no means coming to an end. At the annual European stretch conference, it was rumoured that nanotechnology is being used even in the area of stretch film, and so it goes on.

There are two types of film, namely blown and moulded/pulled film, which are known as Blown and Cast. The differences between the two lie in the production process and the ensuing specific, unique characteristics. A Cast-film is usually cheaper than a blown variety. On the other hand, it is sometimes better to replace a cast variety with a thinner blown variety, as costs will fall because fewer kilograms are used. A Blown-film is generally stiffer than a cast film and has a slightly milky hue. A cast film is clearer, more supple and quieter. So both products have their advantages and disadvantages, but on the other hand it is also true that numerous new developments are making the qualities of the two more and more similar.

What is most important for a purchaser or an end user?

Thickness and the price per kilogram are just a couple of factors affecting whether or not a given quality will help reduce your costs. Workability, holding force, puncture resistance, stress retention and adhesive strength are certainly just as important when it comes to making the right choice. Machine type is also an important consideration. Many different machines are available, each one better than the other. First, one must decide how many pallets need to be wrapped – it may in fact pay to continue wrapping by hand. Always make a cost benefit analysis beforehand. This will reveal what the best solution is for the end user.

Most important of all is the workability of a film on your machine. Any advantage of a thinner film is nullified once a tear has occurred and when a machine has to be stopped because of a tear, there are always extra costs involved. It is best to consider the following factors when determining which quality is best for you machine:

The answers to these 3 questions should clarify which requirements your film must meet.If a film cannot be optimally stretched, the pallet will never be stabilized properly. If the pallet is well stabilized but the film squeezes your products together, then the film is too thick or too stiff. A film that is optimally stretched, but tears at the pallet corners, is simply too thin. In this case, a thicker film or a higher quality film can provide relief. A blown film could also provide a solution, as a characteristic of blown film is that it is a lot stiffer.

Depending on the type of machine, the stretch can be controlled by the pre-stretch installation. A good adjustment can prevent products from being wrapped too tight and becoming dented or tearing the film.

Looking at brochures at exhibition stands of various Stretch film producers, you will see surprisingly idyllic pallets pictured, i.e. vertically stacked and looking perfect. Things are very different in practice, however. You will want to get maximum stretch out of the film, without the boxes denting in or the corners tearing the film. Besides this, you also want a pallet to have the greatest stability, the highest possible holding force. Holding force is the tension remaining after a pallet has been wrapped, or in other words, the force required to give the pallet stability. This can be best seen when opening a pallet on delivery.

In practice, most end users use another machine, in which the film is first pulled through a number of rolls. In this case the pallet pulls the film around itself, and the rolls are intended to pre-stretch the film. The brake determines the force exerted on the pallet and film quality determines stability. A standard quality film can work very well if you have a normal straight pallet. Otherwise, you are probably better off with a better quality film, which is a little more expensive, but also thinner, and therefore less heavy. The better quality will also wrap your pallet better and operate with fewer problems. If you have a pre-stretch or a power-pre-stretch machine, then we advise you to choose a film that makes optimal use of the machine's qualities. In practice, this means using a high quality film which wraps your pallets as well as possible with a minimum of additional weight. In all cases, a test on your machine would provide a solution.

Pulling strength refers to the ability of the film to accommodate damage when stretched on your pallets. It often occurs in practice that a wrapped pallet in some way becomes damaged. If a film has little or no pulling strength (memory), then a small amount of damage will pull further open, leaving a hole and resulting in lost or damaged goods. It is a given fact that a good quality film always has enough pulling strength left to recover itself and protect the goods.

Yes, I would like to learn more about Stretch film.