Mini-stretch film is a light weight, handy product with which goods can be bundled for transport from A to B.

This product is also used at airports, for instance, to wrap passengers’ baggage in order to protect it against opening, or maybe to prevent others from inserting foreign objects not belonging to the prospective passenger.

Mini-stretch film is usually supplied in the following thicknesses: 17 microns, 20 microns, 23 microns. Here also: the thicker the film, the heavier it is and the more expensive the roll. A standard film is nearly always used for this product, power-stretch being of no use, as that can never be properly finished by hand.

Mini-stretch film is also available in various colours, namely: white, black, red, orange, blue and green. This could be used to distinguish products from each other, or to indicate timing, such as in the well-known First In, First Out system. Mini-stretch film is supplied in the following packaging units: 24, 30 or 40 rolls per box. Other packing quantities are always possible on request.

Due to our own production plant we can manufacture and deliver custom made film to your specifications. Ask our sales manager for the many possibilities.

For handling mini stretch film we have several types of dispensers in large numbers on stock. 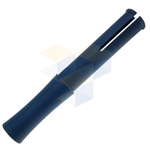 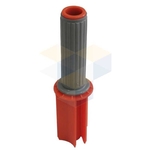 Other specifications on request. Ask for more information and pricing.

Yes, I would like to learn more about Mini-stretch film.